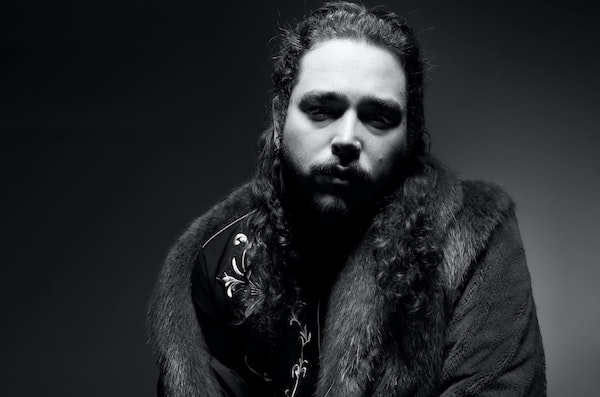 Post Malone is gearing up for the release of his sophomore album “Beerbongs & Bentleys” on Friday, April 27th. The project will feature two previously released singles in “Rockstar” and “Psycho,” along with an additional 16-tracks featuring Swae Lee, Nicki Minaj and more.

The captivating 22-year-old has established himself as one of the biggest breakout acts of the past few years, and continues to impress with every release. His story is intriguing, filled with interesting anecdotes that’ll easily surprise the average fan.

Keep reading below for 7 Things You Didn’t Know About Post Malone.

He once auditioned to be the guitarist of Crown The Empire. 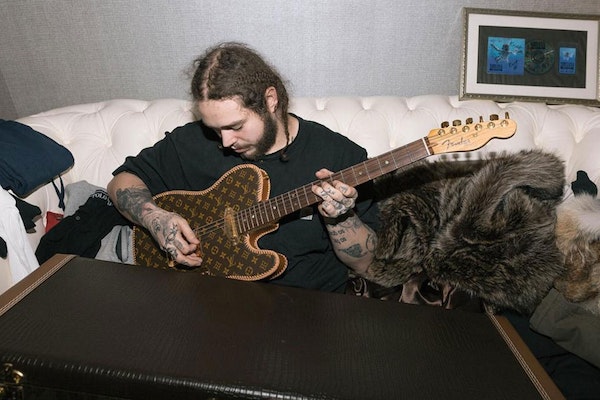 Before Post started rapping, he played in various heavy metal bands throughout his high school years. A master of the guitar, Malone took his first step towards becoming a professional musician when he auditioned for Dallas-based rock band Crown The Empire at 15-years-old in 2010. According to an interview, Post didn’t make the cut because his guitar string broke mid-audition.

Mac Miller and Wiz Khalifa were two of the earliest co-signs on “White Iverson.” 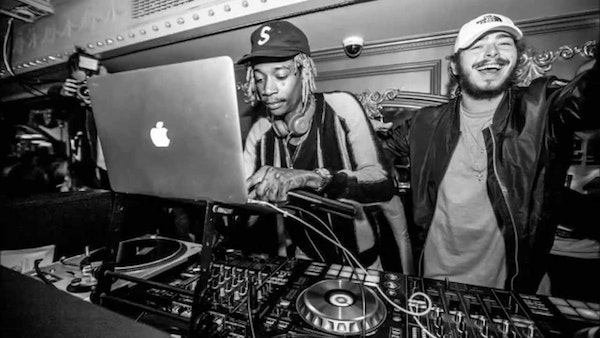 Post allegedly wrote and recorded his breakout single “White Iverson” over the course of two days. Produced by FKi, the track eventually went platinum after being picked up by Republic Records. When the song was just a hidden gem on SoundCloud, rappers like Mac Miller and Wiz Khalifa expressed support for the future hit-record. With two major co-signs and label backing, it’s no surprise that “White Iverson” came to be one of the most popular tracks of 2015. 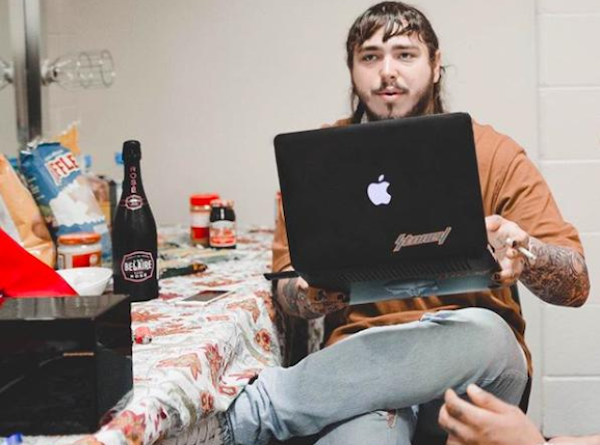 When it came time to decide on stage name, Austin Post took his legal last name and added “Malone,” a surname he found in an online generator. He also isn’t the first high-profile artist to admit to using one of the random programs, with Childish Gambino utilizing a “Wu-Tang” name generator to form his alias.

During his senior year of high school, he was voted “Most Likely To Be Famous.” 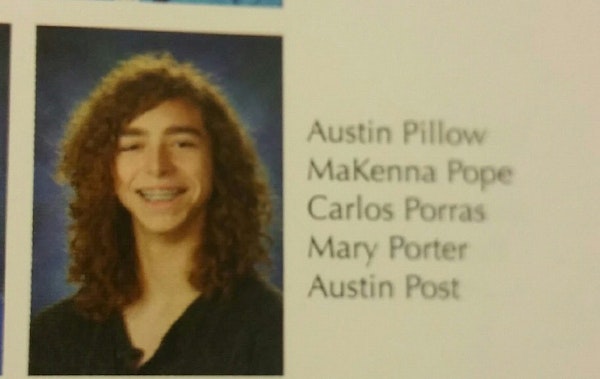 The superlative section in high school yearbooks rarely hold truth, but Post is an anomaly. During his senior year at Grapevine High School in Texas, the young stud was named “Most Likely To Be Famous.” Six years later, his classmates can feel a sense of accomplishment for discovering one of 2018’s brightest budding superstars.

Malone moved to Los Angeles when he was 18 years old. 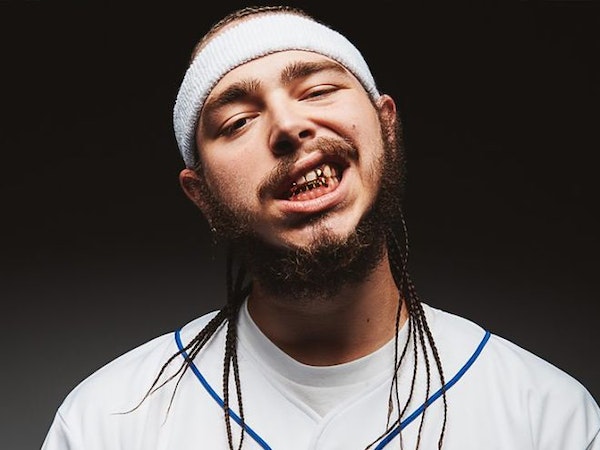 Post was born in New York and spent his childhood in Dallas, so it’s only natural that he gravitated towards California as an adult. At the age of eighteen, Malone and a few of his friends moved to a house in Encino. His roommates were part of a popular YouTube gaming network, and allowed Post to crash in the closet of their pad. A few months after moving, his rap career took off and Post relocated to another crib in Los Angeles.

His first break came from being featured on his friend’s popular YouTube gaming channel. 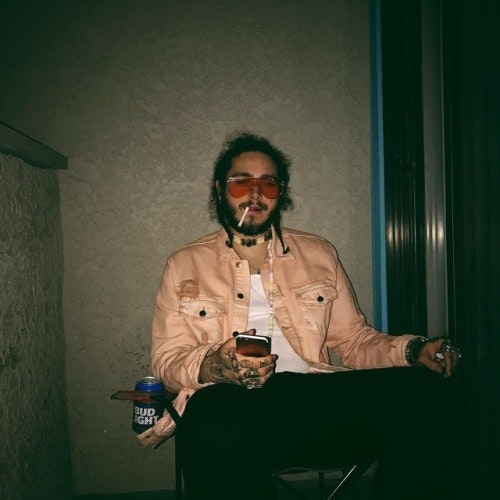 Before his song “White Iverson” blew up, Post Malone moved to Los Angeles with a friend who worked as a professional gamer on YouTube. The channel was centered around MineCraft, and had an insane amount of subscribers and loyal fans. Post was a regular in videos, which gained him his first substantial following on social media. Though the trajectory of his career might’ve shifted since, it’s insane to think a MineCraft channel helped launch one of the biggest rappers in the world.

Post’s passion for the guitar came from an obsession with Guitar Hero. 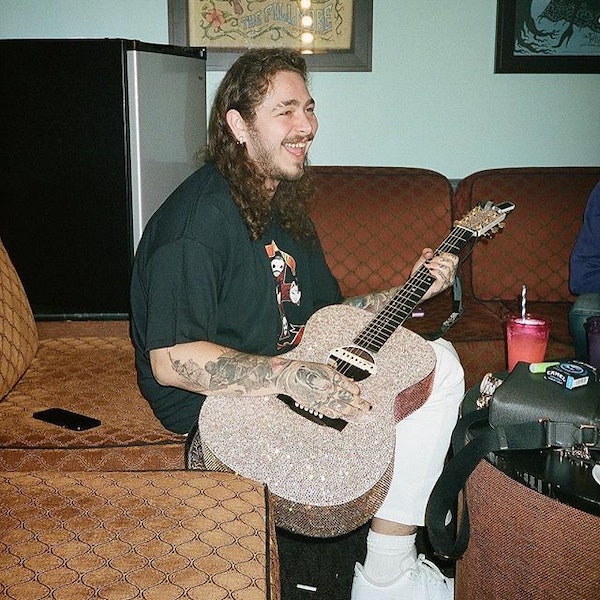 As a child, Malone was always surrounded by music. His father worked as a wedding DJ, and introduced his son to a wide range of tunes at a young age. However it wasn’t until his passion for gaming collided with music that Posty picked up a guitar for the first time. His obsession with Guitar Hero eventually inspired the teen enough to learn the ins-and-outs of an actual guitar, which he still plays to this very day.