A trend that’s growing increasingly popular these days is the hard-to-pull-off collab album. Two artists that are often times good friends and at similar points in their careers joining forces to bring fans an enjoyable and unique project—or to make their

A trend that’s growing increasingly popular these days is the hard-to-pull-off collab album. Two artists that are often times good friends and at similar points in their careers joining forces to bring fans an enjoyable and unique project—or to make their respective labels a lot of money—is always a special happening. Whatever the motive may be, we’ve seen everyone from Drake and Future to Lil Wayne and 2Chainz team up, and even have a joint album (pun intended) from Juicy J and Wiz Khalifa on the way.

I don’t know about you, but I’ve yet to be really impressed by any of these or other surprise combos we’ve seen in recent years.  I mainly think this is the case because these artists’ styles don’t really match up that well—though I’ll hold off judgement for the Juicy J and Wiz tape, as they definitely fit best out of others stylistically.

In coming up with collaboration albums that we’d love to see and are at least somewhat plausible, we took into account artists’ individual styles, usual beat selection as well as lyrical content, and came up with seven star-studded pairs that would be surefire home runs.

Ever since I heard “Oh My Dis Side” off La Flame’s Rodeo album, I had a whole newfound respect for Quavo. It was different than his stuff with the rest of the Migos, and the interweaving of his and Travis’ gritty, auto-tuned styles had me anxious for more from the two. With Scott’s grandiose, versatile production, I think he and Quavo could put together a knockin’ ass album that would push the two to color way outside the lines, making for a unique hip-hop album that would undoubtedly have some club bangers to boot. 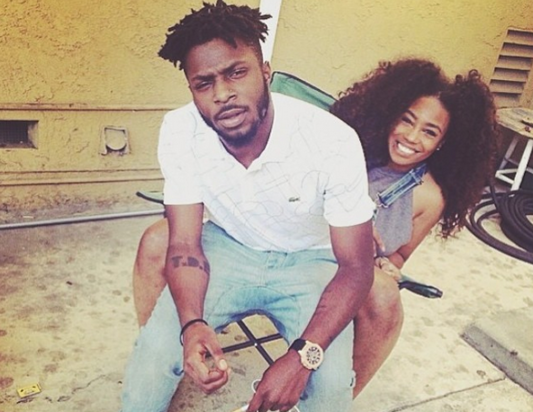 SZA and Isaiah Rashad are two damn peas in a pod. From their work together on “Ronnie Drake,” “West Savannah” and “Warm Winds,” we’ve already seen that they have an outstanding chemistry together—Zay’s soulful grit pairs with SZA’s powerful voice so well that at times it sounds like only one voice. TDE already has a sub-collective in Black Hippy, so it would sorta make sense that these two did their thing on the side as well. Both of them are expected to drop their solo efforts this year, opening the door for this fantasy album to come to life. Here’s hoping.

Chance and .Paak are the leaders of the new school when it comes to genre-blending soul music, and given their colorful styles I definitely think they would combine for a stellar album. With Coloring Book being Chance’s most complete and mature record to date, as well as .Paak really coming into his own as a budding star, a collab project from these two would be electrifying. In my opinion, there’s no two other artists out today that can get you dancing like Chance and Anderson—they make infectiously happy and positive music, and the music world could definitely use more of that. 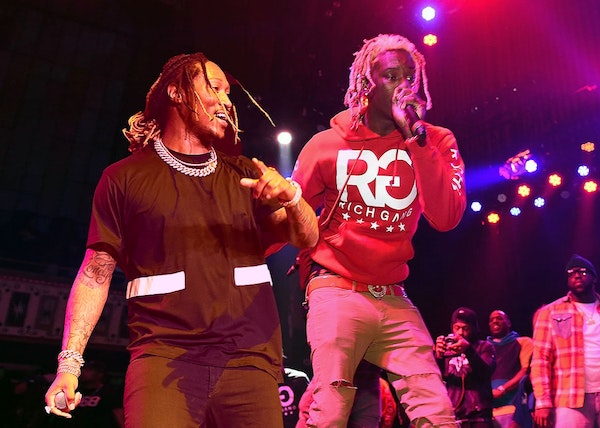 Fuck every presidential candidate—whoever can end the cold war between Future and Thugger gets my vote. But seriously, I would trade in EVOL and WATTBA for an Atlanta-ass project from Future and Young Thug. “Chanel Vintage” is a certified slapper, though not even close to either artists’ best work—it seemed more like a pretty good leaked throwaway than anything. Imagine extrapolating the mere glimpse that “Chanel Vintage” was into an entire album from these two, with production from all the usual suspects like Metro Boomin, Zaytoven, etc. Too many flame emojis to count.

Ever since her performance at the Super Bowl a couple years back, Missy Elliott has been slowly but surely rebooting her career, dropping her “W.T.F.” single with Pharrell and throwing out features on various artists’ albums. GoldLink on the other hand has been a wave-making commodity for the past couple of years, gaining more and more popularity with every move he makes. Given the similar styles of these two and the always-infectious energy they’ve become known for, a collaboration from these two would be pure audible insanity; crazy flows, wild lyrics, and beats that’ll have you dancing off the walls. Not to mention they’re both Virginia natives cut from the same sonic cloth, so I’m sure Missy is familiar with Link’s shit. To me, this album would be like a passing of the torch from a VA legend to someone who is well on his way to becoming one himself.

This may seem like an unusual pairing, but Pouya and A$AP Ferg are pretty unusual rappers. Both artists have some hard-hitting flows and bars for days, with various voice inflections and plenty of personality that comes through in every track. While I think Ferg’s most recent album fell kinda flat, I really liked Trap Lord. It had those gritty, stankface raps that initially made me such a big fan of Ferg, similar to numerous records from Pouya. While it would be pretty random for these two to link up and make an entire project together, it’s not farfetched to say their styles would mesh well and translate to a dope project.

Ever since The Water[s], I’ve been hoping for more and more collabs from Noname (formerly Noname Gypsy) and Mick Jenkins. Their similarly poetic and intricate styles have brought fans some great songs in the past, and I think going a step further and making an entire project together is definitely in the cards. It’s obvious they’re great friends and have a great time creating together, which clearly translates in the tracks we’ve heard from them in the past. Frankly, I think they’re a hip-hop match made in heaven, and I hope we actually do get this album soon.