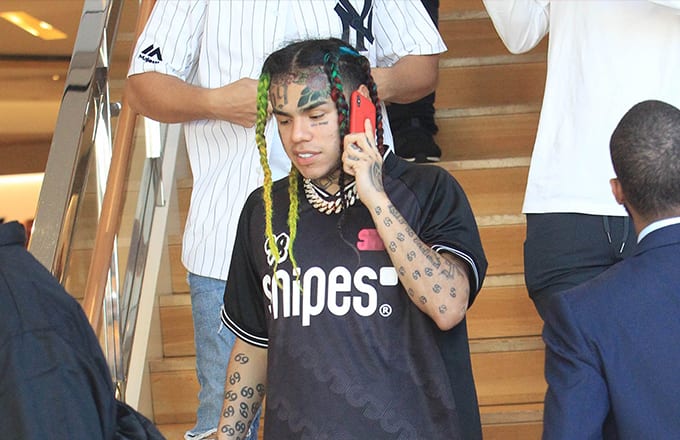 It’s been a chaotic week for the controversial self-proclaimed “King of New York”. 6ix9ine have been dominating headlines for all the wrong reasons as details continue to emerge regarding the federal charges that the artist and his former affiliates in TreyWay are facing.

With multiple charges carrying mandatory minimum sentences exceeding twenty years have fans wondering if 6ix9ine will see the release of his sophomore project as a free man. That fantasy seems to longer be worth considering, however, as it appears the album has leaked on 6ix9ineshop website. The album was previously delayed by Tekashi’s label indefinitely as he battles these charges but was originally scheduled to release last Friday. While the original leak has since been taken down, internet savvy users are merely a few searches away from finding them elsewhere. The original link can be found here.