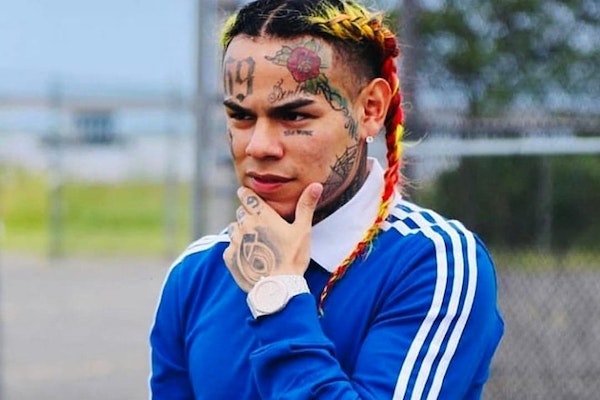 6ix9ine is no stranger to headlines. To say his rise to fame has been tumultuous would be underselling his rapid rise and the antics that seem to follow. Shootings, kidnappings, and assaults have led to a multitude of legal trouble for Tekasi, but until now, however, he’s largely evaded any serious charges and more importantly for a successful touring artist, jail time. Sources close to the situation have confirmed that as of a few hours ago, Tekashi and two affiliated parties, Shottie and Crippy, both of which were present at a recent shootout that took place in New York City have been taken into custody.

While Tekashi has largely gone unscathed in his court battles, this situation is a bit more serious as the federal authorities, not state, are involved. This leads many to suspect that there could be serious charges to follow as early as tomorrow morning against the parties mentioned above. While 6ix9ine is scheduled to drop his new album, Dummy Boy, on the 23rd it’s unclear if he’ll be free to listen to it, as the feds have a ninety percent conviction rate. We will continue to update this story as we know more. The arrest follows an exceeding turbulent week for the young artist that saw him fire the entirety of his team and distance himself from his previous affiliation with TreyWay.

Update: It appears that the three men above have been indicted on RICO and firearms charges. Shottie and 6ix9ine each are facing six counts and facing potentially life in prison with a mandatory minimum of twenty five years if convicted.