Some quick facts about the “Buttcheeks” rapper…

Atlanta rapper 6 Dogs is currently blowing up. His brand new video for “Buttcheeks” has racked up over a million views in just one week, proving to be one of his most well-received tracks yet.

In an attempt to learn more about the 18-year-old sensation, we did some research and compiled a list of facts. Discover something new about 6 Dogs below. 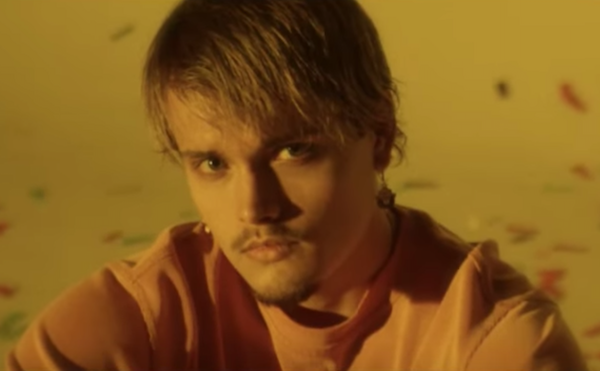 6 Dogs grew up homeschooled in a strict Christian family.

“I grew up homeschooled in Georgia, kind of in the mountains. My mom’s Christian so I was completely removed from music as a whole. All we really listened to was Christian music. I think that plays to my advantage, because I have an outside perspective and I’m not influenced by certain things that most people would be influenced by. That really attributes to why I’m so different.” via Pigeons & Planes

While shooting a music video for his song “Hearse,” 6 Dogs became separated from his videographer/friend thanks to a combination of drugs and darkness. After hours of searching, the rapper found his friend’s house and began banging on the door at approximately 11:00pm. Unfortunately, it was actually the neighbor’s house. The cops were called, and 6 Dogs spent the night in jail.

“The guy who lived in the house came outside, I just remember him screaming at me. I was trying to explain it, like ‘I’m so sorry I don’t know what’s going on, I’m just trying to find my friend.’ But he called the cops on me. I got cuffed or whatever. So the cops called my mom, and my mom picked up the phone and thought it was a prank call and so she just hung up. So I went to jail and just spent the night in jail.” via The Masked Gorilla

When 6 Dogs got arrested, his Mom discovered his music and almost made him stop rapping. Once he became more established and started getting offers from record labels etc., she became more supportive and even started to share the music with friends.

“It was the perfect storm. I got arrested and she found my music about Oxycotin. She was about to make me stop rapping, and I was crushed. Once money was being made and she realized I could do this as a career, she was cool.” via No Jumper

6 Dogs bought SoundCloud reposts from Nedarb, Coldhart and Lil Tracy for his debut single “Flossing,” and highly recommends the practice to any aspiring artist looking for more exposure.

“Soundcloud really is a business, though. You gotta market yourself the right way and you have to get exposure one way or another.” via The Masked Gorilla

The first rapper 6 Dogs listened to was MC Hammer, and he thought “Can’t Touch This” was the coolest song ever.

“When I started actually getting into the genre it was Lil Wayne, some Drake, Kanye’s hits. “All Of The Lights,” “Power,” stuff like that. Then I started progressively getting more into it, but a few months ago I just stopped listening to rap completely.” via Pigeons & Planes

6 Dogs worked as a lifeguard, and used the job as inspiration to become a rapper.

“I was just sitting down every single day thinking about having a 9-5. That was gonna be my life. I was gonna die with a bunch of regrets. At the end of the summer, I said fuck it and became a rapper.” via No Jumper

“I’m not a normal person, I don’t want to be another sheep.” via Pigeons & Planes