Rest In Peace to the legend.

Prodigy of legendary New York rap duo Mobb Deep passed away unexpectedly on June 20th due to complications with sickle-cell anemia. Last night, his funeral was held at the Frank E. Campbell Funeral Chapel on the Upper East Side of Manhattan and was open to the public.

Among those who showed up to pay respects to the late great were New York icons 50 Cent, Questlove, Fat Joe, Remy Ma, Havoc, Statik Selektah & more.

Keep scrolling below to take a look at the incredible memorial formed in Prodigy’s honor. 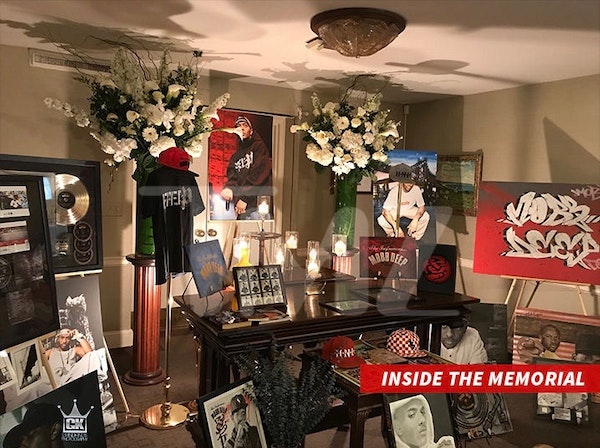