Features
May 2, 2017
5 Facts About Kendrick Lamar’s “DAMN.” Album That You Should Know About

In celebration of this amazing project, here’s 5 facts that you should know about the DAMN. album.

It’s no secret that Kendrick Lamar’s forth studio album will be one of the most listened to albums of the summer. It has been number one on the Billboard album charts since its release plus, “HUMBLE.” and “DNA” are holding their own on the Billboard Top 100 chart as well. In celebration of this amazing project, here’s 5 facts that you should know about the DAMN. album.

The “HUMBLE.” instrumental was originally made for Gucci Mane.

Yup, according to the Mike WiLL Made-It himself, that instrumental was made with Gucci Mane in mind but (thankfully) Kendrick heard it and made it into the smash hit that it is today. Mike explains in an interview with NPR that he made the instrumental about a year ago when Gucci was just about to come out of jail. His intention was to make something with the potential to take over the radio. On a whim, he decided to let Kendrick hear it. In Mike’s mind, he was thinking,”If Dot gets on this it’ll be his first time being heard on some[thing] like this.” This is definitely the first time we’ve heard Kendrick spit over a beat like this and we’re not disappointed.

The switch up in “DNA.” was produced around Kendrick rapping accapella.

In that same interview with NPR, Mike WiLL Made-It goes on to say that K Dot rapped his second verse acapella then asked Mike to add some drums to it but Mike didn’t want that. He says he “wanted it to sound like he’s battling the beat.”

“FEAR.” is just as lyrical put in reverse as it is on the album.

What rapper do you know who’s shit still sounds fire backwards? The 12th track from the album had sections that were reversed. At first listen, it sounds pretty strange but you’ll still bob your head because it’s Kendrick. Shoutout to this guy for putting the reversed lyrics on Youtube.

There are hidden messages within the order of the track list. 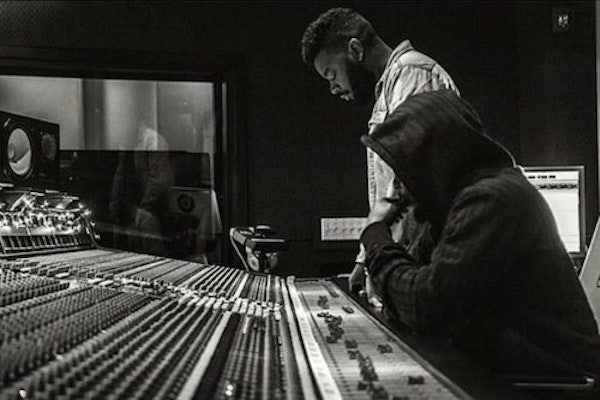 The FADER sat down with TDE’s in-house producer, Sounwave, to talk about the process of making the songs he helped produce and the conspiracy theories that came along with them. He says that the track list is very specific. For example, in the interview, he points out how in the song “FEAR.” Kendrick is spitting some very biblically inspired lyrics then in the next track is called “GOD.” Therefore, the concept behind this can be interpreted as the fear of god. Although Kendrick confirmed this theory in a message to DJ Booth, Sounwave goes on to say that he doesn’t want people to think that this is the only meaning that he wants fans to continue finding hidden messages with the track list.

DAMN. is the fastest selling record of 2017.

Billboard announced that the album sold more than 603,000 copies by April 20th. This is way higher than anybody expected but very well deserved. Even the artist who Kendrick beat, Drake, gave him props on the success of the album via Instagram.