3 Charges Have Been Dropped Against Kodak Black

The rapper remains in a Broward County jail. 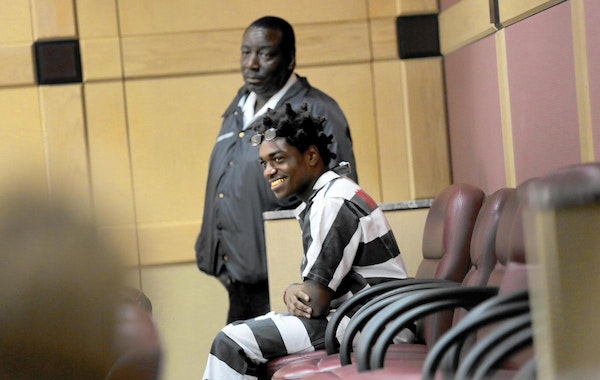 Weeks after a judge was dismissed from Kodak Black‘s case due to a series of inappropriate comments, there’s been another victory in the process. Three charges stemming from the “Tunnel Vision” rapper’s recent home invasion have been dropped: possession of a weapon or ammunition by a delinquent, child neglect and grand theft of a firearm. Allegedly, the defendant argued that the gun was merely a prop for music videos.

According to lawyer Bradford Cohen, Kodak remains behind bars due to a probation violation and the two remaining charges of marijuana possession and ammunition possession.

Stay tuned for more developments in this story.