24hrs and James Royo light the World on Fire with Album

24hrs is just getting started 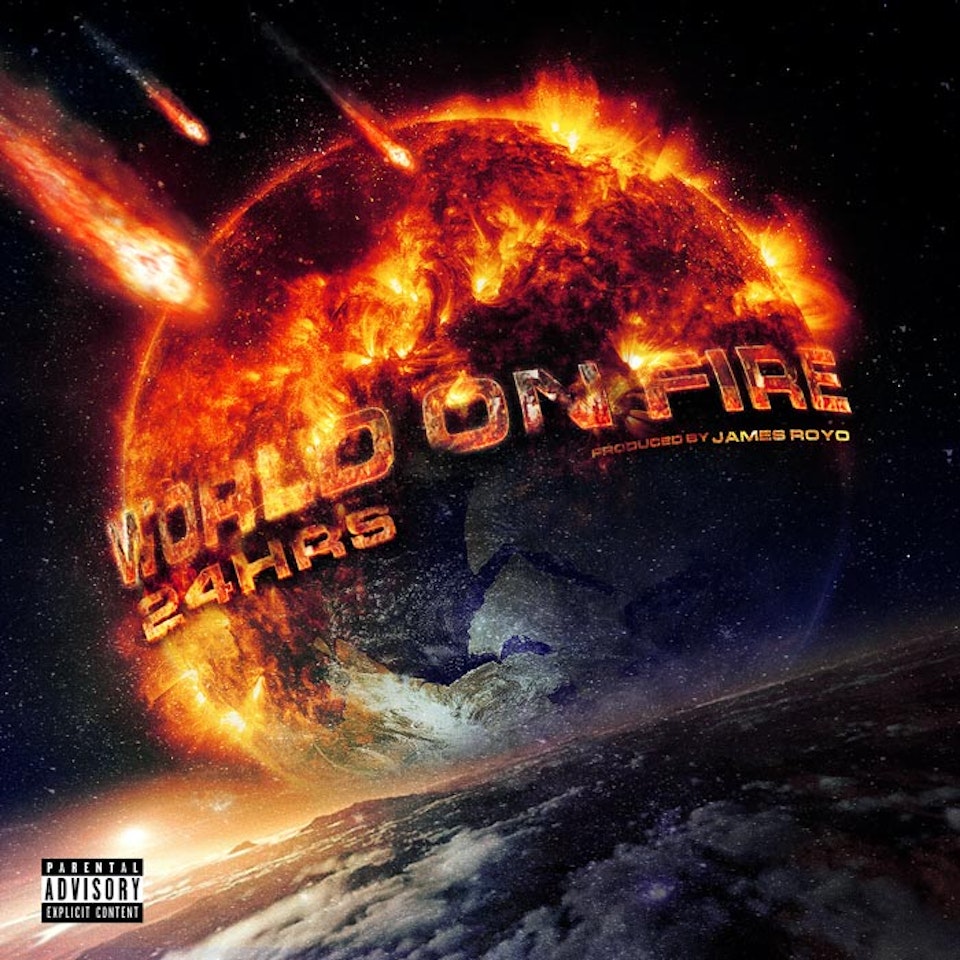 Flying in the sky, pedal to the metal on the highway to hell

24hrs has dropped his new album “World on Fire”. The LP is the first project released via his Private Club Records’ partnership with Rostrum Records. Very pleased with the sound of this album, it has a great energy & vibe which creates a dynamic sound for every type of audience. He tapped in with well-respected producer James Royo (DAMN JAMES!). The album doesn’t have a specific demographic, James Royo adding a diverse sound with his production and vision.

The artist formerly known as Royce Rizzy’s latest work is heavy with melodies and spaced out trap beats. Guests appearing on the project include DMX, Wiz Khalifa, MadeinTYO, Salma Slims & Lil Cobaine. Most interesting and unexpected feature was on track 10 “Leave Me alone” with DMX, which actually sounds better than it looks. The album is 11 tracks long, making it an easy listen all the way through. World on fire is probably my personal favorite from 24hrs discography. It definitely has replay value for me, taking you through some sort of journey from start to finish. The album cover is another cool element of the project, showing the world literally on fire and distress. This album title is fitting for the times we are currently in the world. Hopefully this will get you through whatever is causing your World to be on fire.

Standouts from Album: 10 O’Clock, Pick it up, Flick