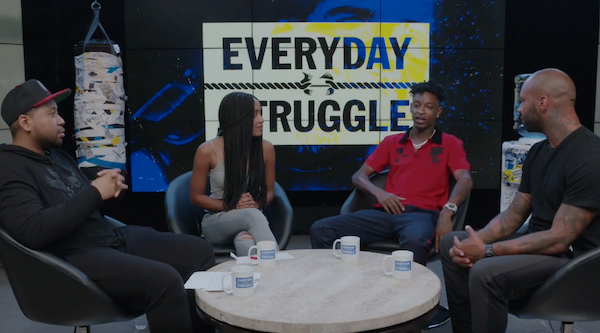 Atlanta rapper 21 Savage recently sat down with the Everyday Struggle crew to discuss a handful of topics ranging from his relationship with Drake to the release strategy behind his new project “Issa Album.”

After noting its’ impressive first week reception, Savage touched upon the fact that he hardly promoted the album prior to its release saying, “All I did was put out a cover a week before it came out. I ain’t have a single, no promo, no nothing.”

DJ Akademiks added, “I’ve heard you say before that you’re not a single guy; but did the label try to get you to put out a single?” to which Savage replied “I’m in a partnership deal, whatever I say goes.”

It looks like 21 took complete creative control with his project and stuck to his mentality of not releasing any singles. With “Bank Account” currently climbing the charts, it looks as if his strategy has paid off.

Watch the full interview below to learn more about Young Savage.