As we gear closer to 2019 let us show you who’s on the radar for success. 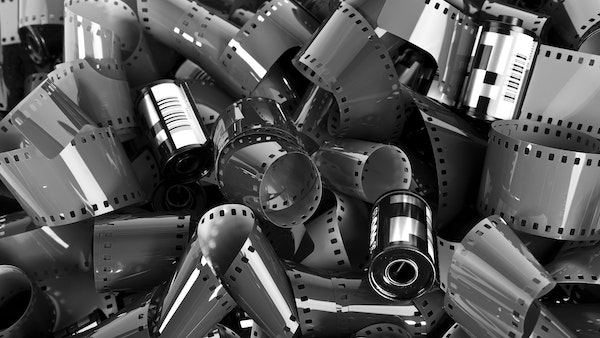 Music Directors are the back bone to the hit single. When the visual compliments the artist lyrics and creates the proper imagery everybody wins. With it becoming easier and easier to try your hand at shooting videos with the capability to shoot music videos off your iPhones, It takes a skill set far more than just holding up a camera and today we’ve complied 10 video directors who should be on your radar right now. Of course there is more than 10 directors who are directing amazing videos but these 10 have been applying pressure all year and will be house hold names in 2019.

If you’ve been paying attention to music videos for the past year or so you’ve seen a Lonewolf directed visual. His style has been mimicked by his creativity can not be copied when he’s editing. Shooting for Maxo Kream, Lil Skies, Yung Bans, Warhol.ss, and more, He gives life to songs and he will be someone i look forward to having an incredible year.

Making a video with Texas director Jmoney1041 seems like the perfect route to take because he can literally shoot anywhere and really doesn’t need much. As seen in Splurge’s “Slow Flow” video and Quin NFN “Numbers”, his impeccable eye for editing draws you in to the point you need to re watch the video because it’s simply amazing along with his animation skills. He’s definitely someone looking to push videography to the next level and we believe he can.

If you paid attention to any hip hop music over the last 2 years, you’re already more familiar with Thomas Tyrell than you think. As a visionary, the San Diego director has a cinematic approach when he shoots that make his visuals feel like motion pictures instead of just music videos. With a keen eye for detail, his special effects compliment certain instruments in the production giving his videos that much more replay value. Thomas Tyrell is someone we expect to catch his big break soon and if you like his videos subscribe to his channel here

Well known shooter for Insomniac Lamb$ and Insomniac Mills, SoVisuals work ethic and talent are what separates himself from the rest on the list. When i first watched “Digi Scale Remix” I knew i was watching something and he hasn’t let us down yet. Check out his visuals below.

Whenever a new video directed by 21 year old director DotCom Nirvan surfaces it’s always a sight to see. He goes crazy with after effects which give his music visuals more of a story. 10cellphones, Slimesito and Diego Money all trust this guy behind the camera and there’s good reason why.

Preferring to keep his shots long and focused on the movements of the artists in front of his lens, THREEHOURSAGO has been making his case as one of the premier directors to pay attention to. Although he doesn’t have a lot of music videos under his belt yet, what he does have is impressive without a doubt. His video for Amon’s “Left” is amazing as he nailed a simple concept, but this could be said about most of his work and that’s what makes his videos great.

Glassface gained viral success from OG Maco’s breakout “U Guessed It” with 62m views and hasn’t looked back since. Having directed masterpieces for  Lil Yachty, Cardi B, Young Thug, Migos plus many more, I can see the talented video director really showcasing his skills on a larger platform come this time next year. Watch his official video reel below and follow him on twitter here

St Louis’s Dre Vegas is still the go to music director whenever you have a hot song and when he’s not shooting for other artist he’s directing his own videos. Most notably directing videos for Comethazine, you can expect Dre Vegas to keep the ball rolling by dropping more fire visuals like the one below. Watch it and follow him on twitter here.

Ive seen JMP visuals for the longest and always felt there was an under appreciation of the work but I’m slowly seeing people come around. Killy Anti Everybody video was all i needed to see from JMP to know he was in my top 5 videographers.

What more can you say about the young water whipper. He marches at the beat of his own drum and has such a different approach to the way he shoots. The reputation he’s built around the music scene seems to grow bigger with every release mainly because he’s a complete animal when it comes to adding effects that make every video one of a kind. He’s been working with the YBN camp lately so lets assume he has a lot more in store for 2019.