10 hilarious tweets from throughout the week 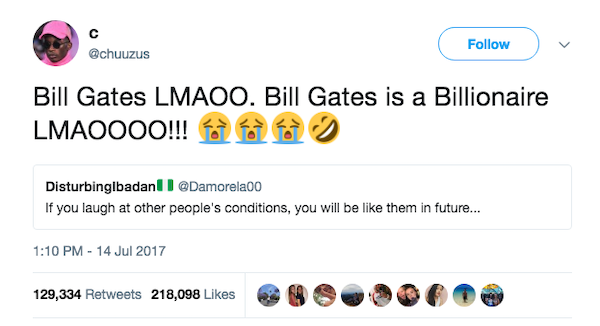 I really never expected an app on my iPhone to engulf the majority of my life, but here we are. In an effort to make my hours on Twitter more useful, I’ve decided to round up my favorite viral tweets from throughout the week and share them with the world. Hopefully you’ve seen a few of these before, otherwise you really gotta step up your game.

Check out ten of the most hysterical tweets from the past week below.

We all deal with grief in different ways pic.twitter.com/uqaj4KgR9n

my mom bought 3 fucken hermit crabs .. not 1 but 3 .. bro they finna collaborate n open up a krusty krab in my own home what the fuck

I WILL get clout
I WILL become a soundcloud rapper
I WILL get a no jumper interview
I WILL get designer belts
I WILL eat xans for dinner https://t.co/k2YBc78SnP

My broke ass thought this was money https://t.co/yldBGDbU1Q

Give this man a backwood & a soundcloud page. https://t.co/ILtbUG6MXN

i think you should stop there https://t.co/ZINrObh2bk