014 challenges suburb life in “Everything Sux” 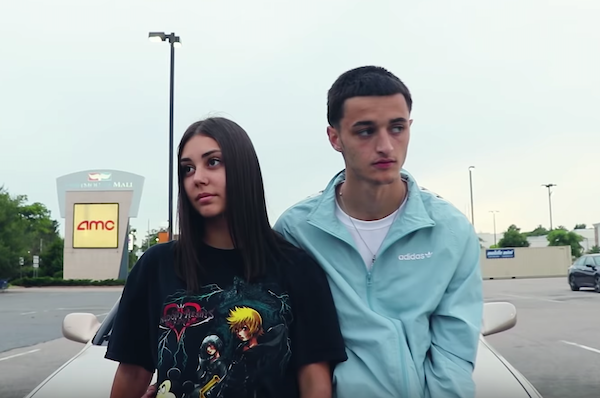 It’s difficult to describe who is, or even what is, 014, pronounced as “zero-one-four.” An Internet artist in every sense of the phrase, much of his music career has been cast in pure anonymity. It’s only been until very recently that 014 decided it was time for the world to see his face. 014, doing everything to mask his identity, has always kept a very refined personality, and his latest cut, “Everything Sux,” stays true to his form with a catchy track about suburban life and using drugs to escape the boring small-town life.

In the music video for Everything Sux, 014 takes us on a familiar trip of a hometown drug dealer picking up supplies from his kingpin provider, only to lose the bulk of the product when he forgetfully leaves it in the back of his car. Comedic in nature, as seen in the very Godfather-esque handoff with 014 playing the role of the kingpin, the situation can certainly feel like a “been there before” moment, which I think is a lot of the appeal of 014’s topics throughout his music. This self-produced single hits a weird wave of nostalgia, something to do with the pop-punk-ish styled guitar power chords. Imagine is Sum-41 made music in 2018 with a bass pattern from a rap song.

014 is seemingly coming fully to terms with himself, first through the music, and lately through his identity. While the lack of identity (which stems back as far as his previous stagename, Nok From The Future) helped supercharge his fanbase clammoring to put together the pieces as to who exactly was creating the music, 014 is stepping into his full truth, all while telling his suburban stories behind incredibly catchy hooks and melodies.